Thank you art supporters! The project was a success! It was a creative extravaganza and sold out each night!

For over a decade my studio work has focused on my visual interpretation of themes from the ballet and music of the Rite of Spring, first performed in 1913. I saw Pacific Northwest Ballet’s, Glen Tetley’s innovative choreography in 2005 and was inspired to explore themes of human connection to the environment, renewal and rebirth.

Just a few years ago, I became aware that my grandfather’s expressionist, play, Roger Bloomer was deeply influenced by The Rite of Spring performance that he saw in 1920. The idea of an exhibition combining Rite of Spring, art and history, began percolating in my mind.

My cousin and I traveled to the Morris Library in Carbondale, Illinois to study his archives of letters, theatre, film and the McCArthy era. I returned, excited about sharing the expressionist play Roger Bloomer and related themes of renewal and freedom of expression, with our community. The wonderful Key City Public Theatre of Port Townsend, Washington invited me to create a Colab art project for 2020.

The Art in this gallery shows work that was included in my Visions in Motion 2020 Artist Co-lab project at Key City Public Theatre, Port Townsend. I created visual art, colorful sets and costumes.

See behind the scenes here: Behind the Scenes of Visions in Motion 2020

The project was made possible by the hard work of many dancers, actors and community members as well as Port Townsend Arts Commission. 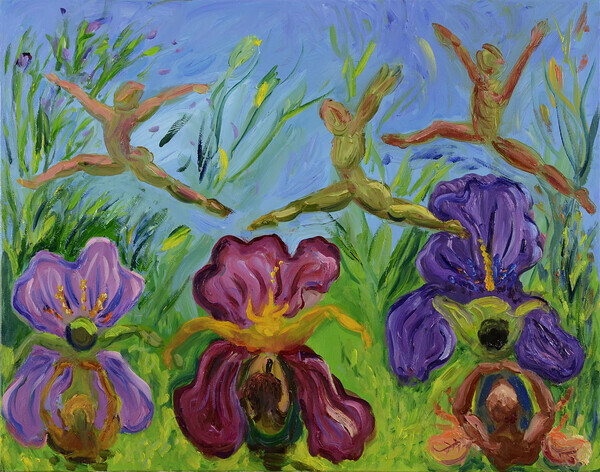